On May 14, 2019, I got a text message while I was at work from one of my favorite people on the planet, my bestie, Abigail. She semi-jokingly sent me a photo of a little beagle with the message, “You want a beagle? 😅” 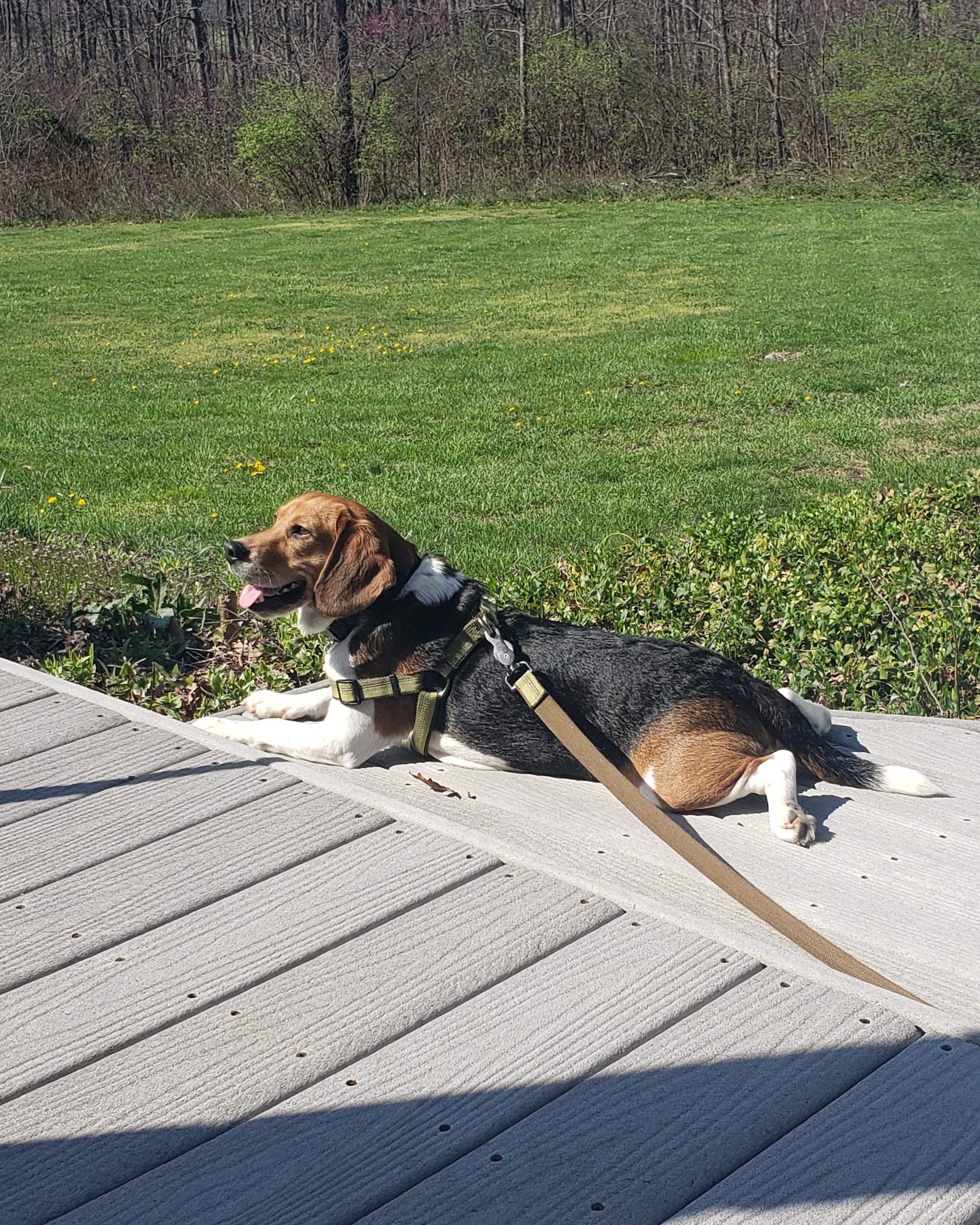 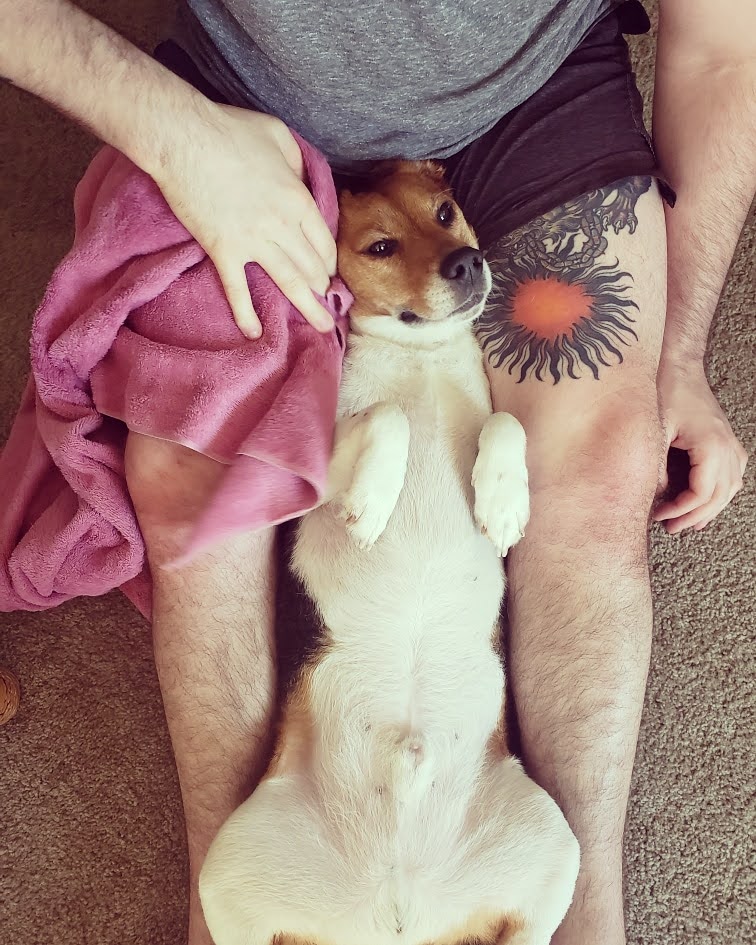 Over the next few hours, I found out some back story on this beagle that would become my son. Abigail had been asked by a family member to take this beagle, named Bear, to the shelter because he wasn’t wanted anymore. I won’t go into detail on why he wasn’t wanted, all you need to know is that he was up for grabs and that he had failed hunting dog school.

Abigail, being the kind person she is, was struggling with the idea of leaving Bear at the shelter, so she was asking around to see if anyone she knew wanted him. These were the photos she sent me. I mean, look at that face? I couldn’t resist. 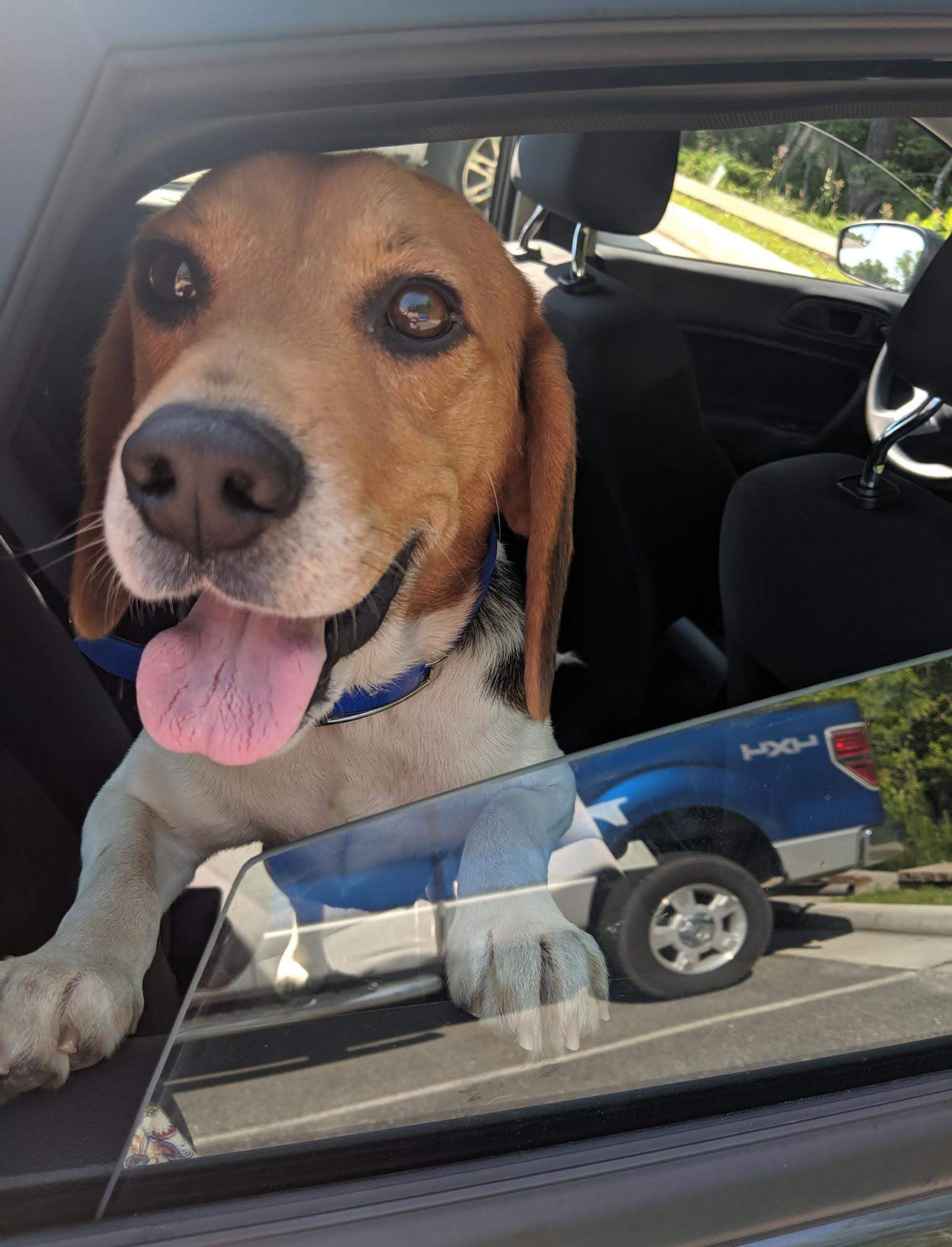 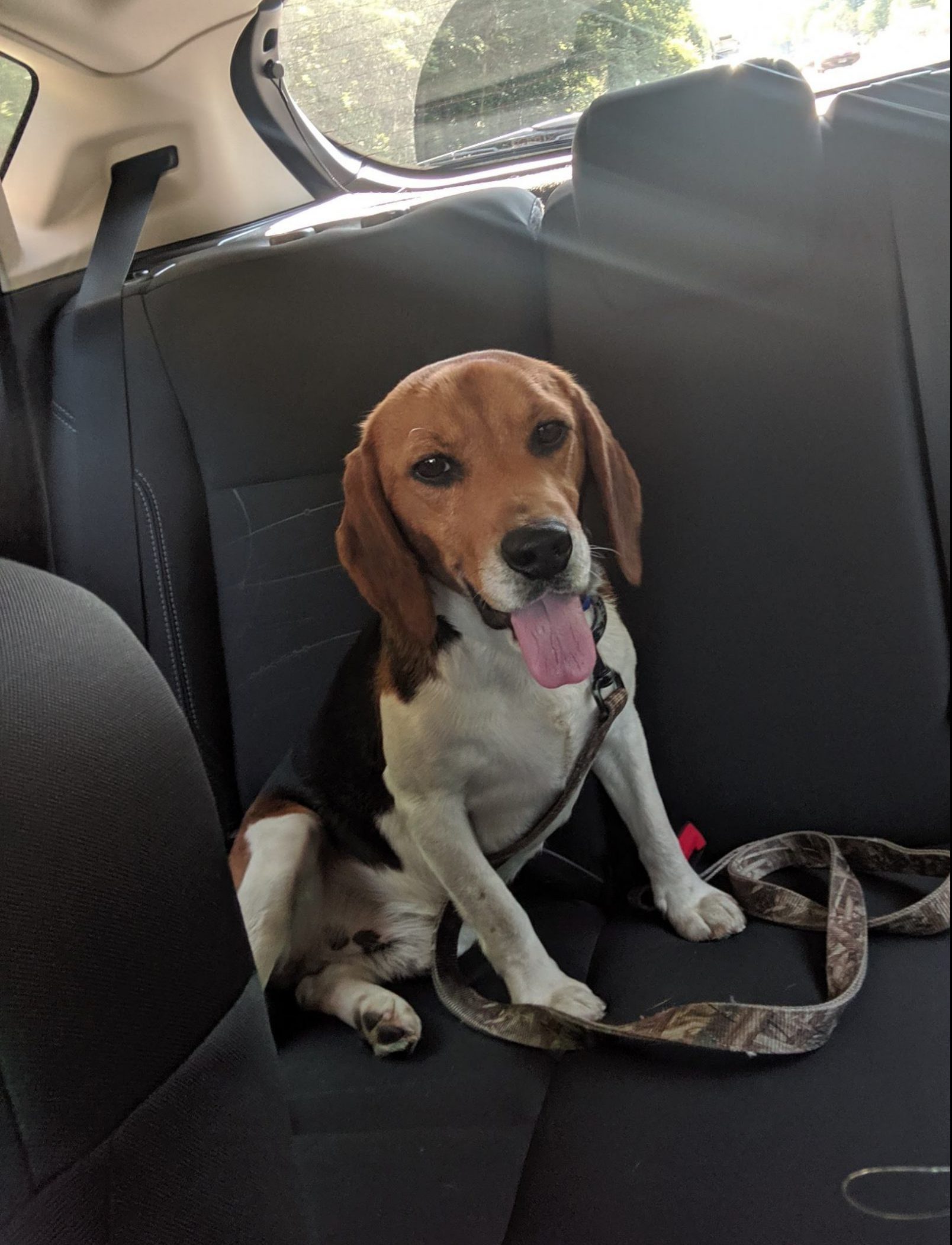 After running around my office asking my closest co-workers what to do, I drove home to ask Logan what he thought. (I had called him several times, but the boy is a hard sleeper.)

My only concern was our other dog, Honey Bee. We had wanted to get her a companion for quite awhile, but hadn’t made the move yet. Honey is good with male dogs, especially, and is the dominate dog in the relationship. Bear seemed docile and was a boy! I had already decided in my head that if Honey and Bear didn’t get along, we would foster Bear until we found him a good home.

Logan will affectionately tell you that I woke him up to show him a dog and tell him that I wanted him. He agreed in his grogginess. Later that day, I was helping out with an event at my job, which Abigail was already planning on coming to. So, she brought Bear with her.

As soon as I saw her, she let go of his leash and ran up to me. I held him and told him I was going to be his momma. Looking back, I would have been devastated if that turned out to not be true. He fell asleep on my lap and shortly after, met his daddy. While I was still working, Abigail and Logan introduced Bear to Honey. They hit it off immediately and have been inseparable ever since. 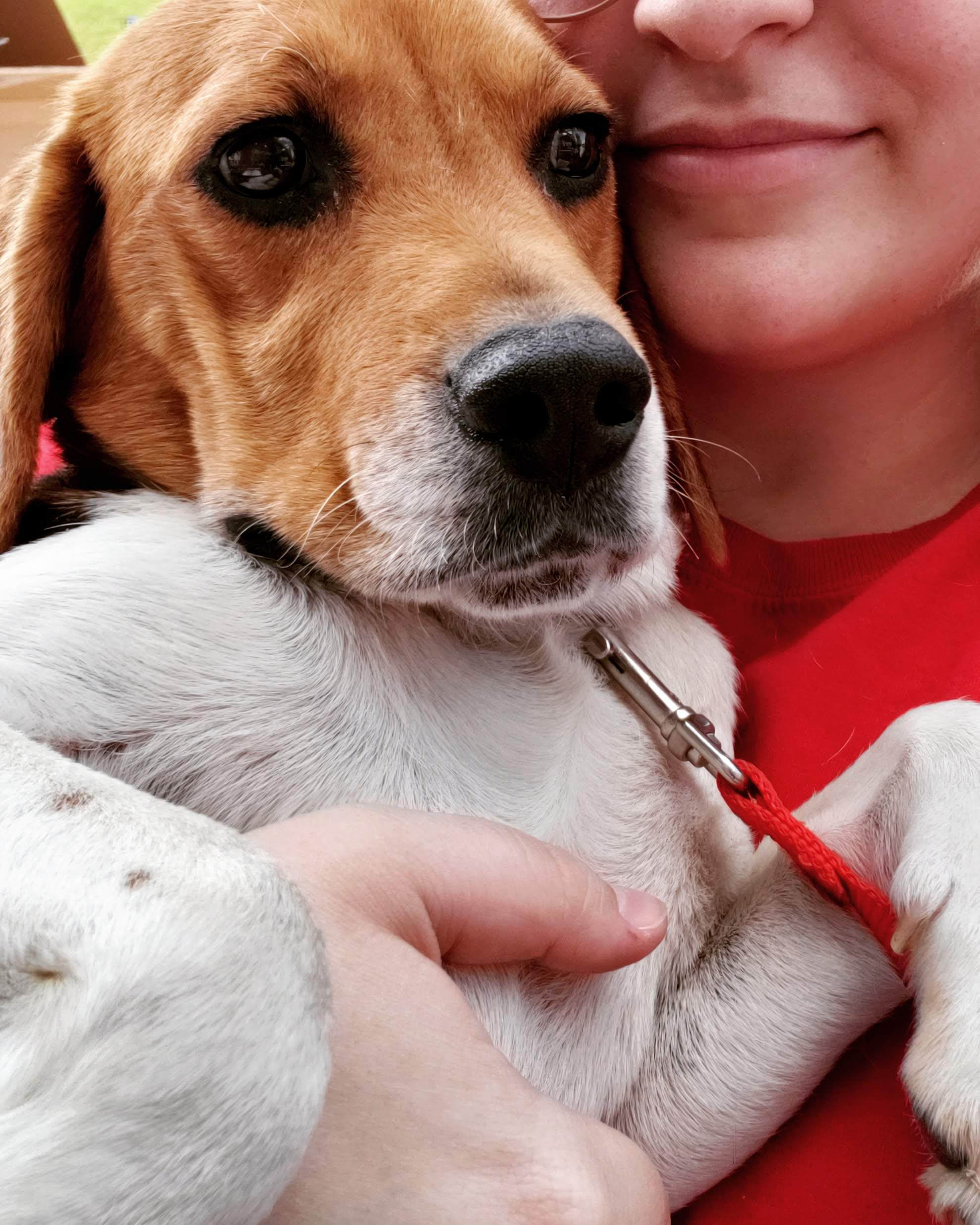 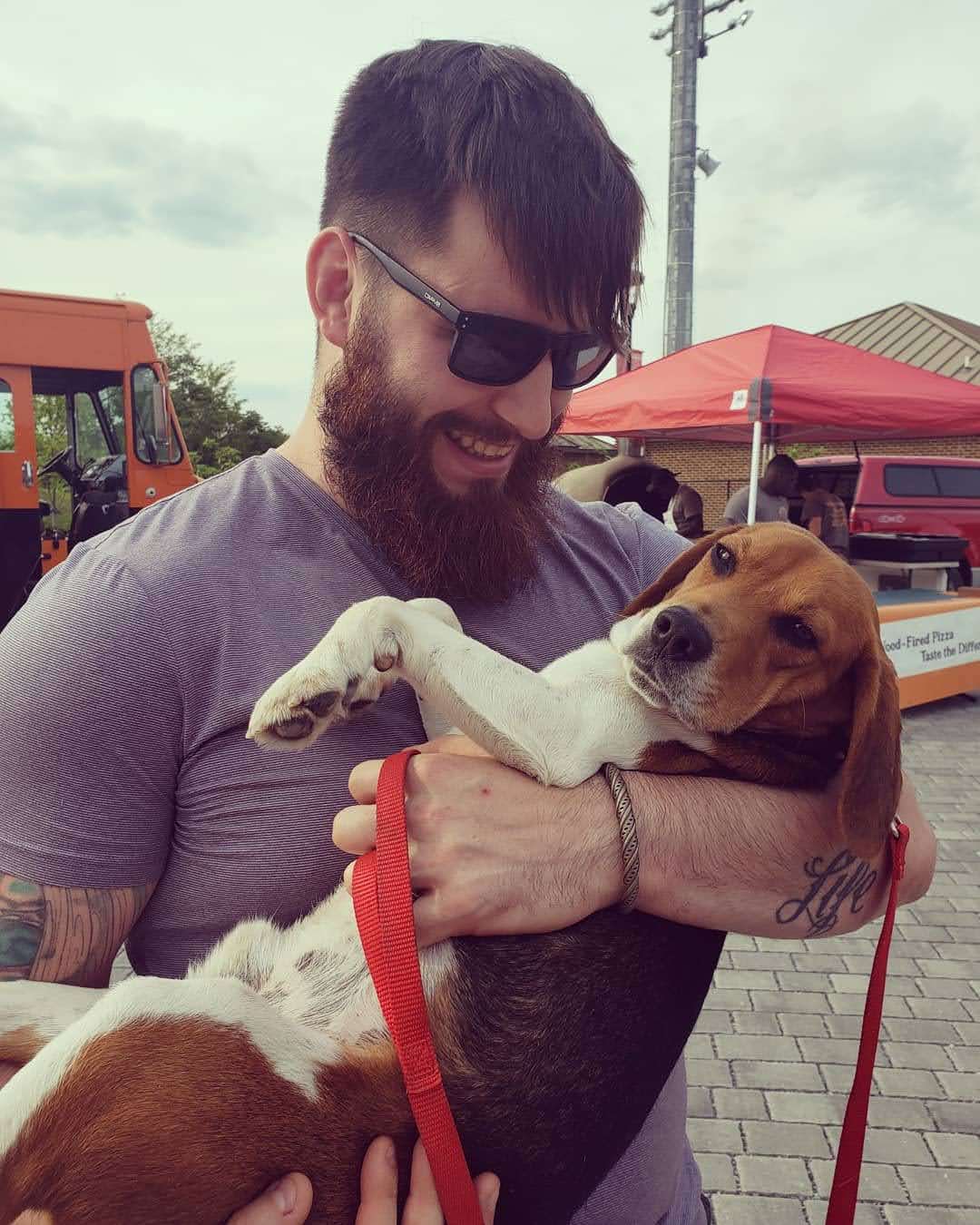 We contemplated changing his name because Logan’s childhood dog’s name was Bear, but we ended up deciding that he was a Bear. He would turn four on May 22, which we didn’t realize until we took him to the vet’s office and reviewed his papers.

In the days to come, Bear met his other brother, Beau-Didley, who lives at my mom’s house, my parents and brother, and some of our closest friends. He would quickly fall in love with my dad. 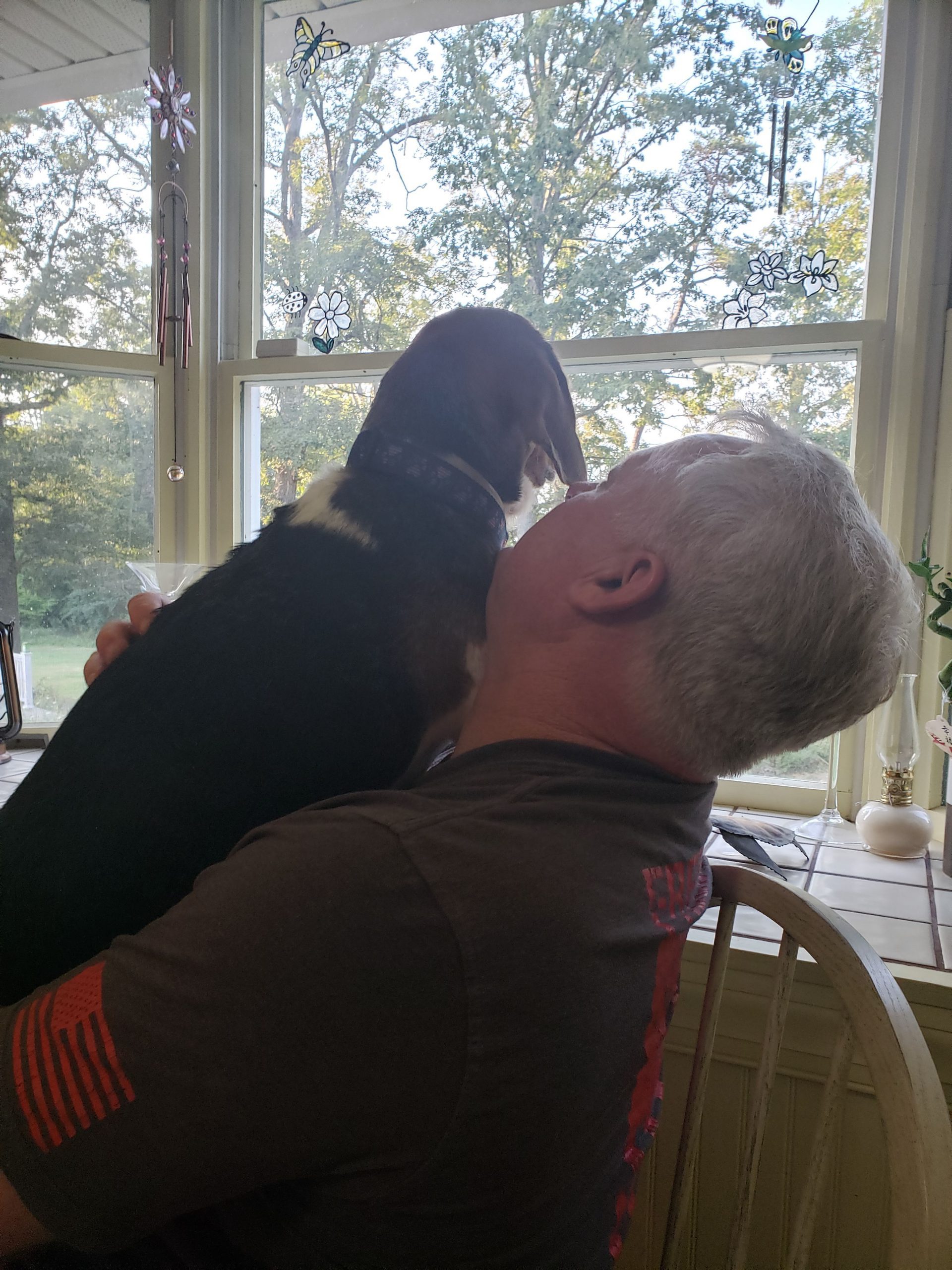 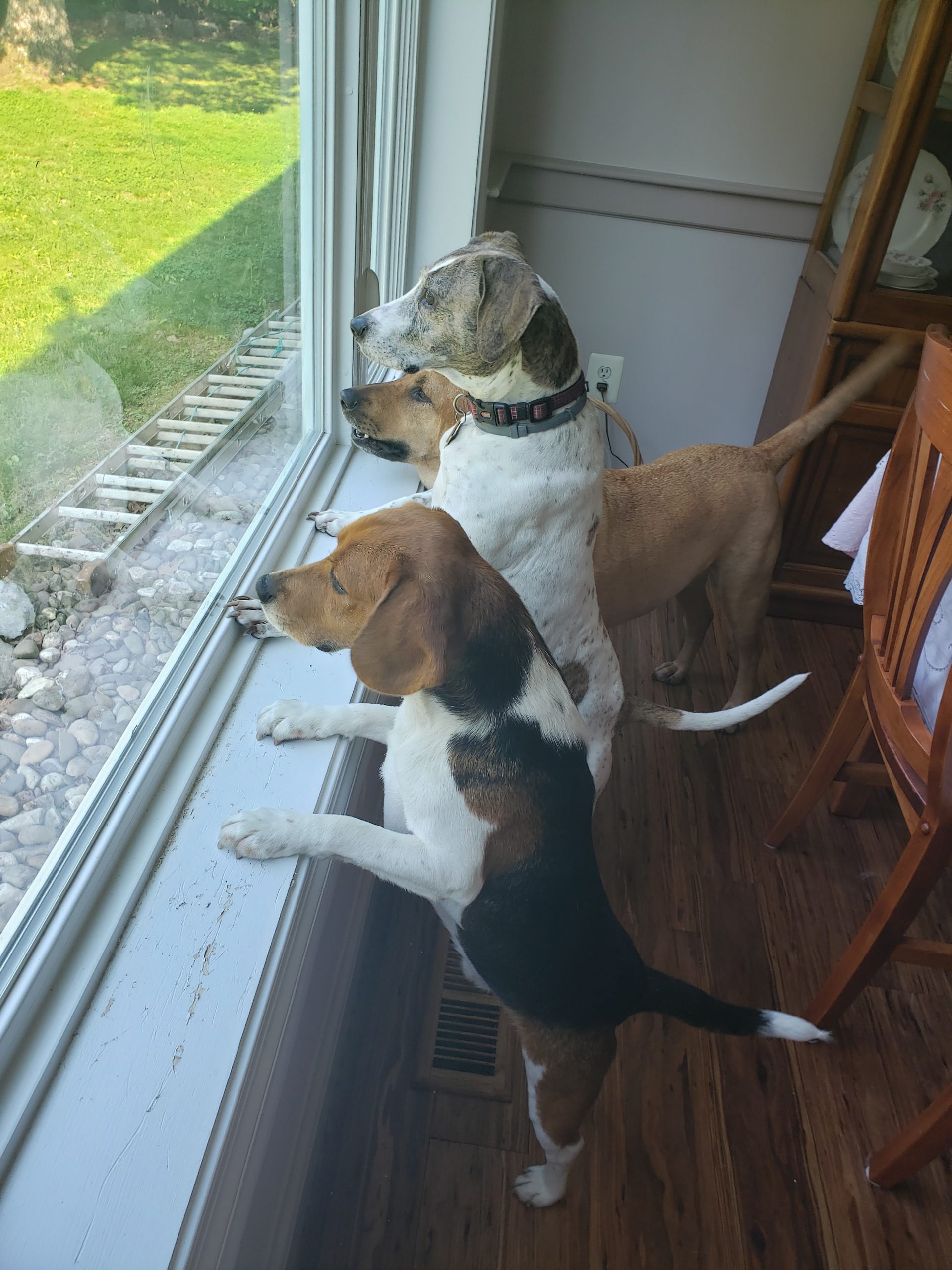 His first year was fun and rough at times. He had troubles with going potty in the house and then not going potty at all. And he even dug under our fence to meet the neighbors’ cats, whom he loved.

We also came to find out that he is highly food motivated. If we don’t feed him at exactly 6:30 p.m., he begins to whine and howl in our faces. Speaking of howling, if we howl, he will. We call them his soft a-roo’s because sometimes he lets out some pretty soft, cute sounds, other times it’s high-pitched and screechy.

Logan calls him my 3,000, which is in reference to a quote from the movie “Avengers: End Game”. Most days, he won’t leave my side. He whines when I leave the apartment and gets upset when I don’t go on walks with him. He loves what we call a “boob shelf”, where Bear rests his head on…you guessed it. We joke that he and I show love the same way: constant attention. We love lovins. Where Honey and Logan show love the same way, which is just by being in close proximity to each other. 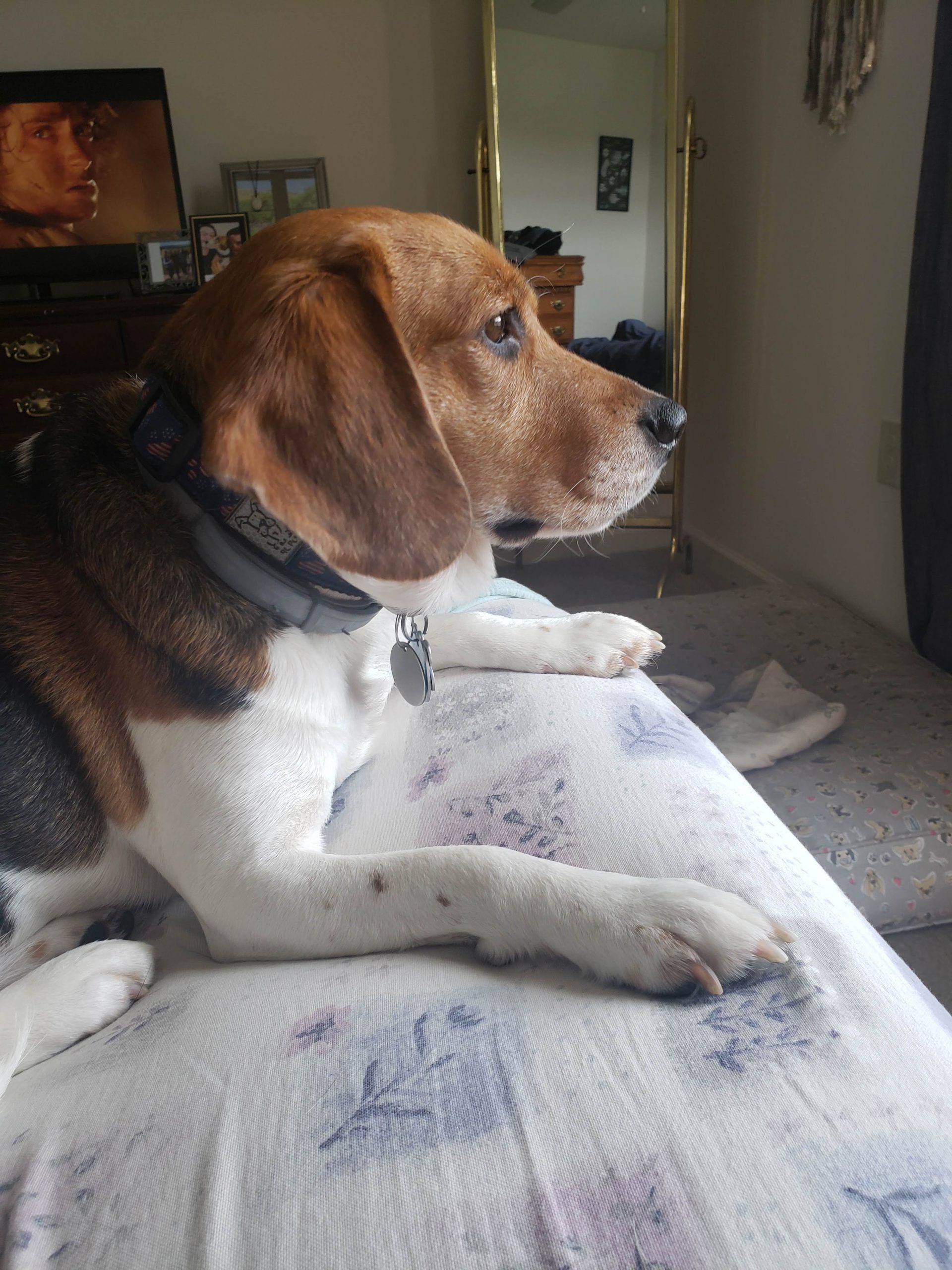 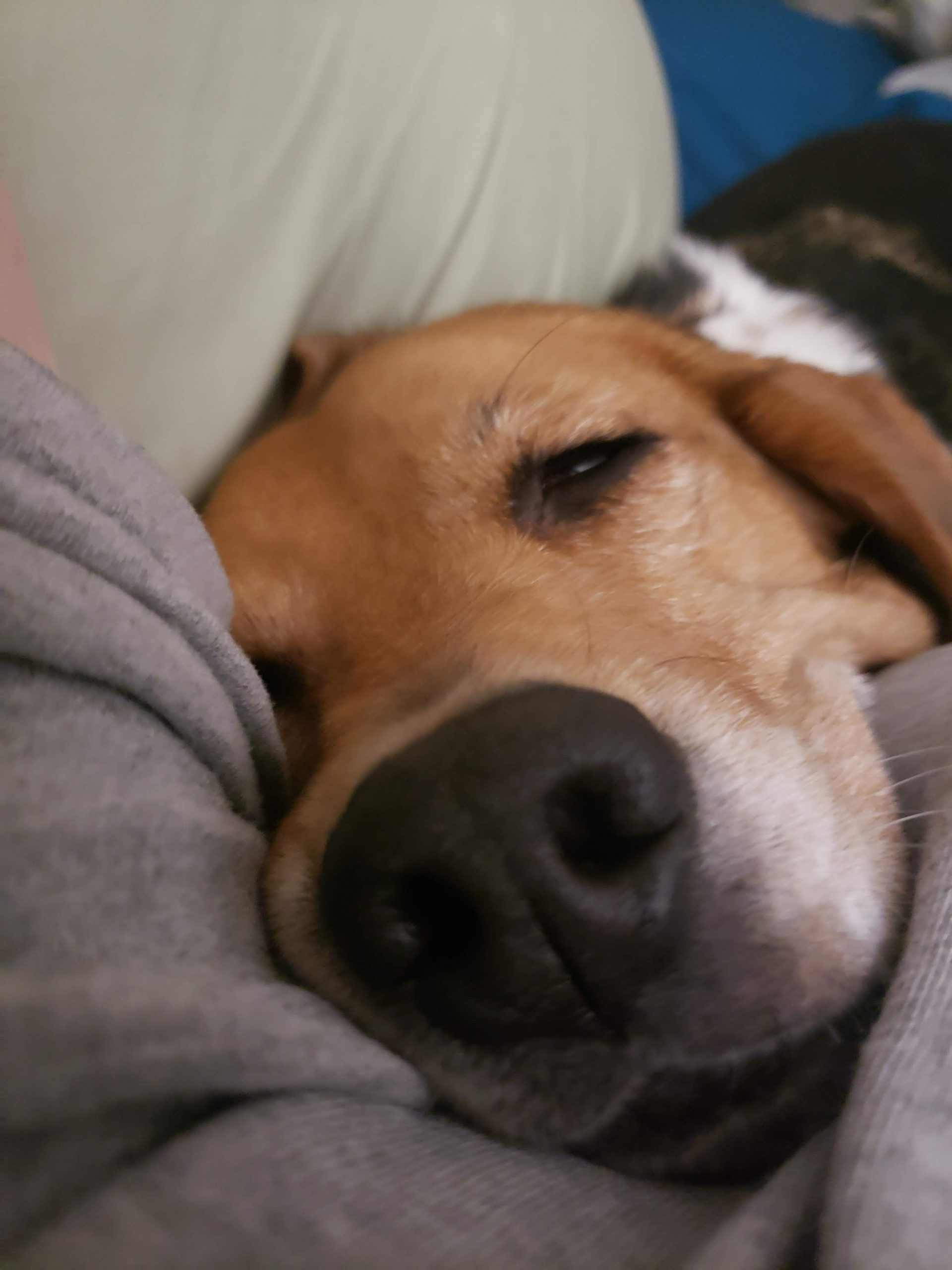 Bear is known for his awful smelling breath and loving nature. He gives the best boops. Logan says he is “un-athletic”, which is true. He has short legs and is not very fast. He’s got chubby toes that we call “toe beaners”; they are very cute and he licks them often. He also snores very loud and gets grumpy when you wake him up or move him. He typically lays in a splooted position. We don’t know why, but he looks comfortable. Lastly, he always raises his leg (“his turkey”) for you to pet when you get close to him.

His sister, Honey Bee, is in love with him. She corncobs his entire body several times a day and even lets him get close to her sometimes. They love to play with each other and tend to nap the days away together. Sometimes we think Bear gets on Honey’s nerves, but she puts up with him. He loves his sissy so much. 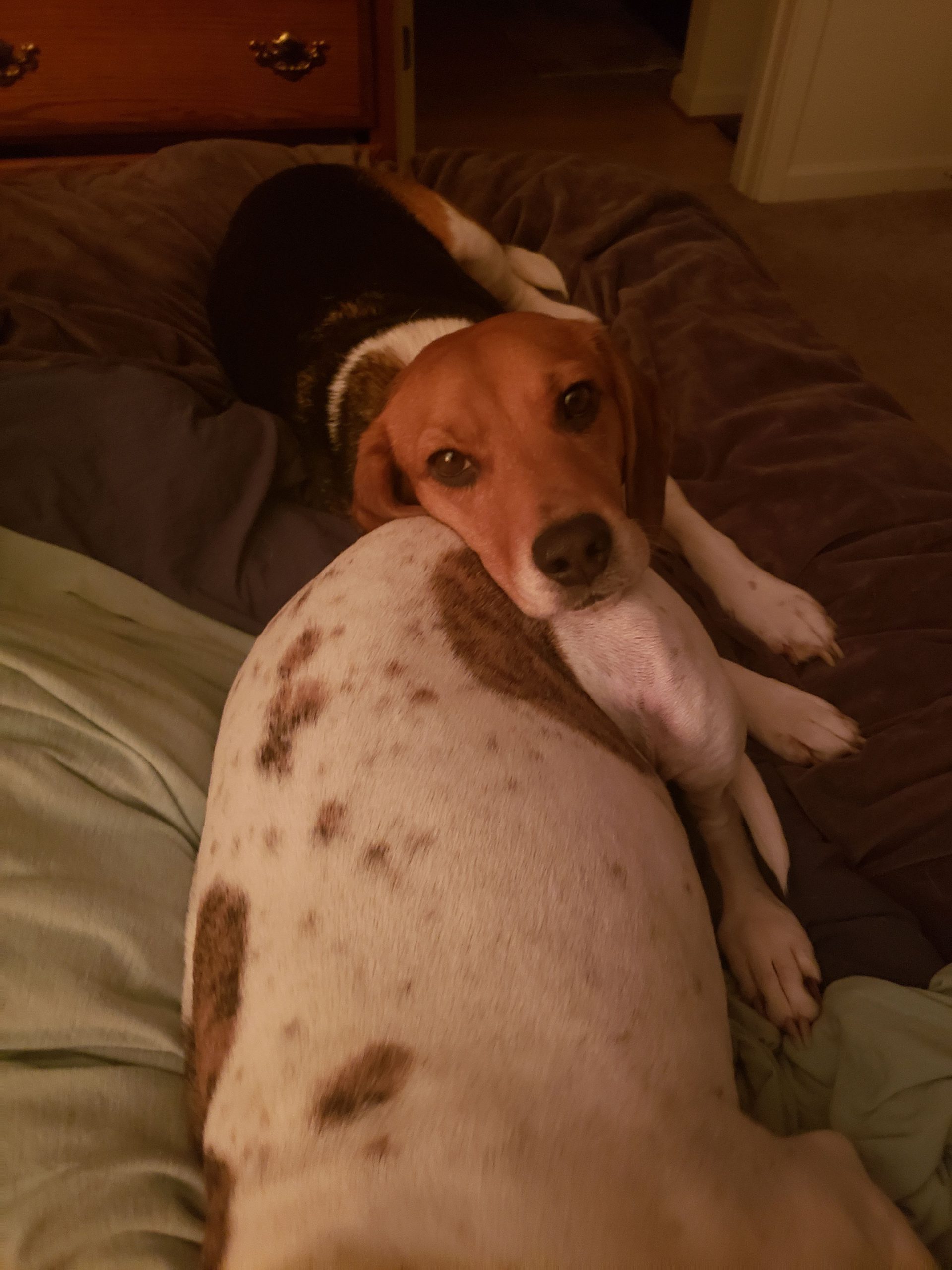 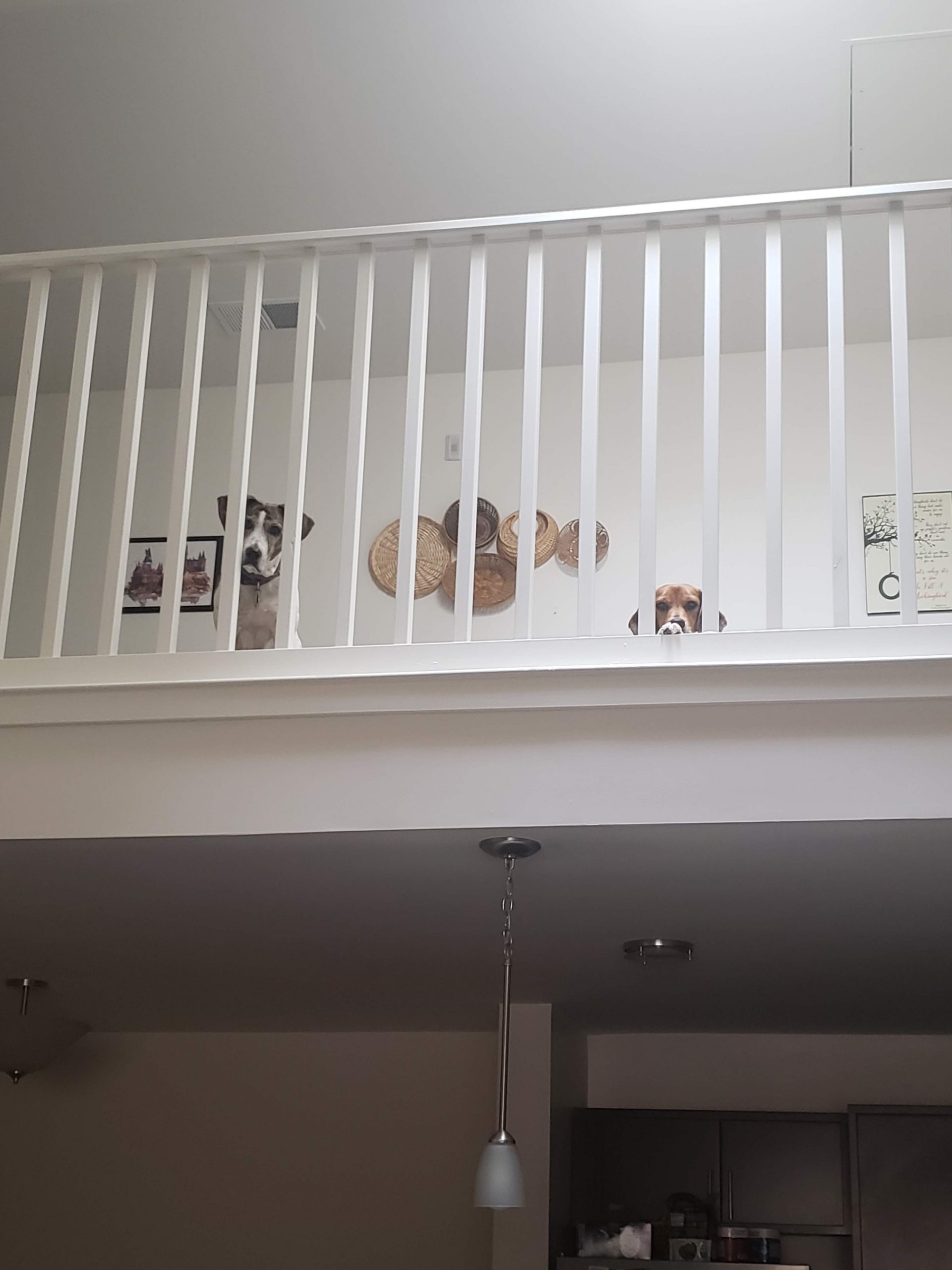 We got very lucky with Honey and Bear. A lot of times two dogs with interesting backgrounds don’t get along. We have the perfect mix of hounds and we couldn’t be happier. We may not have rescued him from a shelter, but we stopped him from going to the shelter and we gave him a forever home and family, nonetheless. Family of four over here, watch out! 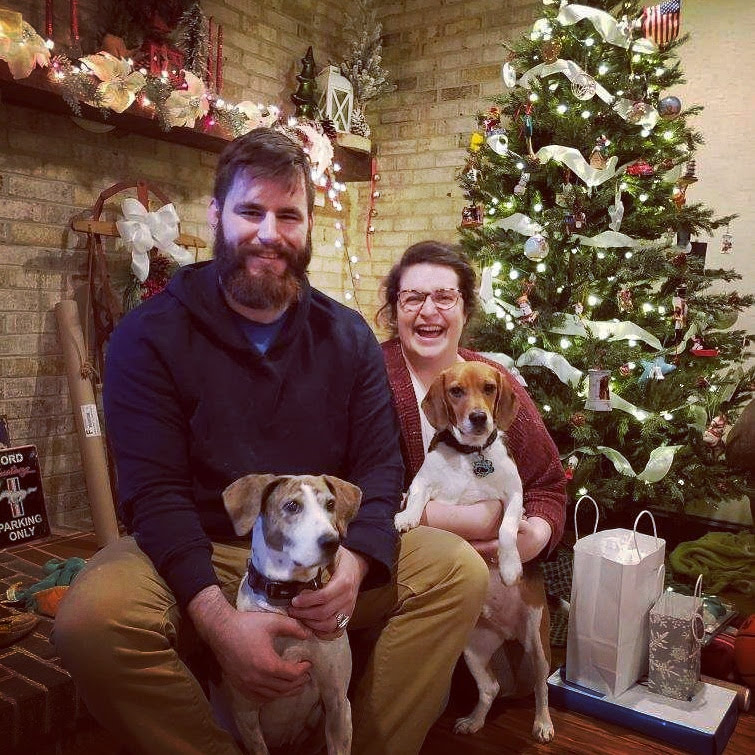 You can follow Honey and Bear’s adventures on their Instagram, @tailsofhoneyandbear, and on our Instagrams, @itsqueenween and @llarge61.